A Tapestry of Women's Lives in Pankisi Gorge

The women of the Women's Council work hard to be the voice for women to the all-male Council of Elder's,
mostly about issues of domestic violence, divorce, child custody, and private property ownership. They are hoping that this film
will be the opportunity and motivation for other women, young and old, in Pankisi to find their voices;
to tell their threads of a story that will weave together a tapestry that speaks from women's lives in
modern-day Pankisi Gorge, a place often over-looked or forgotten.
Current State of the Film - The film is complete! You can watch it on the Film page.

We're proud of the project and of the process. As planned, we hired local translators to travel with the filmmakers, arranged food and accommodations for the filmmakers/ stay, and organized local transportation for them. The women cooperated very generously in arranging all of this. We kept expenses low, while supporting folks in the community who will be part of the network of support for our filmmakers, for the film, and for the women in Pankisi Gorge. See the Story Clips page for some of the stories from the film. 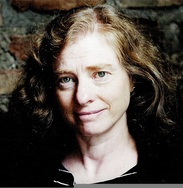 Photo by Karl Weyrauch.
Filmmaker Patricia Boiko offered to film the lives and stories of women and children in the Pankisi Gorge.An award-winning filmmaker, Boiko helped direct and film members of the International Tribunal for the Genocide in Rwanda for the University of Washington project: Voices from the Rwanda Tribunal. She has worked with Peace Corps volunteers before, producing a short documentary and several teaching videos for a volunteer in Lesotho, Africa, last year (2013).

More on Patricia Boiko, from the Washington Lawyers for the Arts website:

"Patricia Boiko is the founder of Winning Pictures, LLC, a Seattle based film and production company. She is an award winning documentary filmmaker. Her films include, The Corporal’s Diary, Reconciling Rwanda, The Abatwa, Challenges for a New Rwanda, The Corporal’s Boots, Game Show Duo and Bombs Away, Millions A Day. She worked as a producer in an independent media collective. She produced short stories about social and political issues for a weekly television broadcast IndyMedia Presents and a video quarterly, The Leader. She received producer training in the KCTS/911 Media Arts sponsored program, New Voices,. and is certified in Documentary Film Production by the University of Washington." 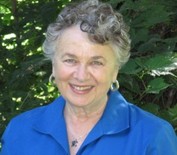 Writer Miriam Ruth Black volunteered to work with Boiko on the Pankisi Stories project. Black has taught in Israel and inner-city Los Angeles. Trained in English literature, educational psychology, and marriage and family therapy,she has lectured widely on education, substance abuse, and mental health, and is working on a second novel to follow her successful first novel, Turtle Season, published in 2012. In addition to being a writer and lecturer, Black is a quilter, knitter, photographer, and documentary film maker. Read more on her website.

Ana Imedashvili is an artist is many mediums – painting, drawing, and photography. She is also artful in her heartfelt work as a legal assistant for Kakheti Regional Development Foundation (KRDF), Norvegina Refugee Council-Georgia, and NORK-International Organization.  Her work is providing legal assistance to refugee and IDP populations in Georgia and representing them in legal matters; this includes assisting the Chechen refugees of Pankisi Gorge with their naturalization process and durable solutions within the United Nations High Council of Refugees (UNHCR) framework of housing and assistance. Her photographs of the places and people of Pankisi, which we have used liberally on this website, reflect the love Ani has for her work, the people she serves, and her native country of Georgia, whose history, culture, traditions, and natural beauty inform and inspire her work.